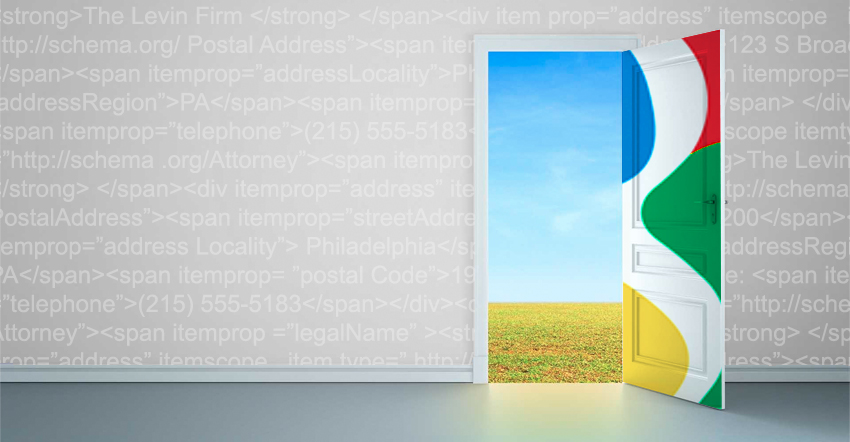 You are constantly searching for advantages, whether they be in the courtroom or in your own business.

As Internet marketing's competitive landscape continues to evolve, a steady stream of advantages make themselves available to savvy strategists. One such advantage is the usage of schema markup. This post will help you understand the scope and urgency of this opportunity to outperform your competitors.

Our post Legalese v. Google-ese: What You Need to Know About "Schema" explains the reason for schema and the manner in which proper usage can enhance your firm's search results.

As we learned, the strategic addition of schema markup to your website has the potential to prompt significantly enhanced results that may even eclipse paid ads. See the example below and notice how the "snippet" expands when your potential client clicks on the entry:

A recent Searchmetrics study analyzed both the inclusion of schema-derived results delivered by Google, and the level of schema adoption within a study group of hundreds of thousands of domains.

The study produced some startling results and highlighted our opportunity. First, the study found that web pages with schema markup ranked better by "an average of four positions" in Google search results compared to pages without schema markup.

Keep in mind that proper schema markup increases the likelihood that your search results will include additional information. Therefore, you stand to not only show up higher in search results, but also with more compelling content than your non-schema competitors.

Your Competitor is Probably Missing the Opportunity

You may expect that businesses would have picked up on the value of schema by now, but Searchmetrics' study revealed that less than 1% of websites utilize schema-derived markup.

These two stats highlight the opportunity you may be missing out on if you are not strategically integrating schema markup into your website.

Notice that we mentioned the "strategic" use of schema markup integrations:

At Google, our first priority is to help our users find relevant, engaging answers for their search queries... In cases where we see structured data that does not comply with our standards, we reserve the right to take manual action in order to maintain a high-quality search experience for our users.

Google has provided fair notice to all web developers; misuse of schema markup may result in penalties. It is important to deploy a professional who has extensive experience working with Google's webmaster guidelines and who can demonstrate actual client results.

Now the choice is yours... will you take advantage of schema markup?