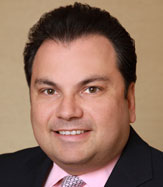 "Einstein’s constant guidance and work regarding SEO has been crucial to our growth and success." 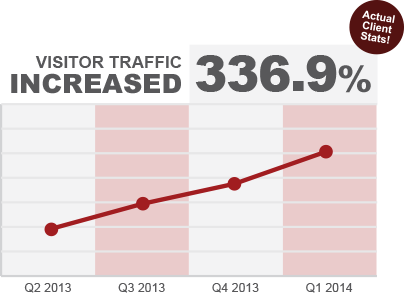 When it comes to divorce and other family law issues, each state has stringent requirements that determine how, when, and where petitions are to be filed. Because most of these issues are handled in local courts, people who use Google to seek out legal assistance to resolve their family disputes tend to search locally.
In recent years, people have become as likely to search for law firms and other local businesses using mobile devices as traditional desktop computers. The rise of mobile technologies has coincided with Google’s release of a series of updates to its increasingly sophisticated search algorithms.  Now, Google can determine with uncanny accuracy where people are when they search, making local results less and less dependant on geographic qualifiers.
Naturally, this has changed how we approach Local SEO.  By the time family law attorneys Angelo Sarno and Edward Snyder approached us to help their law firm become more visible in local search results in 2011, we already had a solid idea of how to use Google’s algorithm changes and the growing popularity of mobile search to their advantage. We provided them with an aggressive Local SEO strategy designed to let New Jersey residents know that they had access to fifteen of the finest family law attorneys in the nation at the law firm of Snyder & Sarno.
Since then, organic traffic to the firm’s website has been increasing steadily, including a remarkable 336.96 percent year-over-year increase between April 2013 to April 2014.

The Challenge: Improve the Firm’s Visibility in Local Search Results

According to the 2009 American Community Survey conducted by the U.S. Census Bureau, New Jersey has the lowest divorce rate of any state in the nation at approximately six out of every one-thousand married people. Unfortunately, this still adds up to more than 50,000 divorces each year in the state on average. While some of these marriages dissolve amicably, many involve complicated legal issues that couples are not able or willing to resolve on their own, including division of property and debts, child custody, and visitation rights.
The attorneys of Snyder & Sarno were widely known as experts in these matters of law, as evidenced by their impressive credentials.  Mr. Sarno was the youngest lawyer ever to be certified by the Supretme Court of New Jersey as a matrimonial attorney. Both he and Mr. Snyder had been selected as members of New Jersey’s Super Lawyers since the list originated in 2005. Perhaps most importantly, they had consistently earned the praise of their clients, no small accomplishment considering the delicate and personal nature of their casework.
There were potentially thousands of New Jersey residents who could benefit from the expertise and skill of the Snyder & Sarno legal team. The challenge before us was to reach as many of these people as possible by making sure that the firm was consistently turning up for local searches.

The nature of search engine optimization, or SEO, has changed a lot in the past few years. There was a time when web pages with low-quality or irrelevant content could rank well on Google for a given keyword phrase as long as that phrase was included generously in the page’s headers, body text, and meta tags. 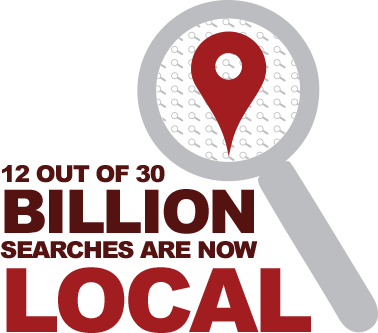 This all began to change in 2011, when Google issued the first in a series of revisions to its search algorithm specifically targeting local search. In an effort to produce the most meaningful and relevant results possible for any given search query, Google began to reward sites that focused on user experience by providing quality, original content of all types. At the same time, many sites that relied solely on keyword repetition to be found for local searches began to slide from their previous rankings.
The Local SEO strategy we created for Snyder & Sarno in 2011 anticipated the trends that continue to influence search engine results, and will continue to do so well into the foreseeable future. While the firm’s on-page SEO strategy revolves around the timeliness, comprehensiveness, and relevance of the content, its Local SEO strategy involves: 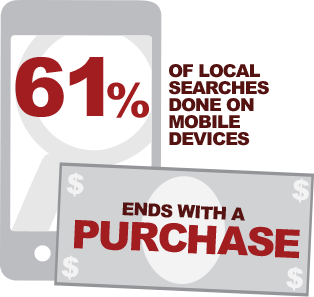 The importance of a sound Local SEO strategy to an online marketing campaign cannot be overstated, especially now that so many people are using smartphones and other mobile devices to search, and roughly half of those searches are local:
We were confident that our Local SEO strategy would benefit both Snyder & Sarno and the thousands of people throughout New Jersey in need of experienced family law attorneys.

The Result: Both Desktop and Mobile Traffic Are on the Rise 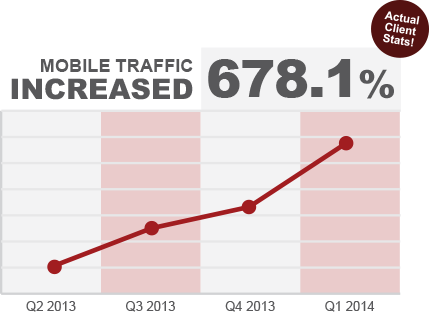 As Google continues to refine its search algorithm, businesses that manage their local listings in accordance with current best practices are increasingly being rewarded for their efforts. In the past year, especially, such businesses are generally experiencing far greater visibility in local search results.  Snyder & Sarno is no exception:

On the Internet, a law firm’s reputation is only as good as its ability to be found for local searches.  We are happy to report that Snyder & Sarno has an impeccable reputation, online and off.

"Einstein knows what it takes to get us found by the people we’re trying to reach in the community.”

- Angelo Sarno, MatrimonialLawNJ.com
“Einstein was the best decision we ever made,” says Angelo Sarno. “They know what it takes to get us found by the people we’re trying to reach in the community. Better yet, we’re not only reaching them, but getting them through the doors. They call it Local SEO – we call it a steady influx of new clients.”